Either you believe it or not, last night Wizkid categorically stated on radio that he may never get married.

While on air at Urban 96.5 FM Lagos, Wizkid was asked if the R2bees were signed to his Starboy label as widely believed but he corrected the notion, saying the affiliation was never contractual and was only borne out of friendship and his love for Ghana.

When he added that he might relocate to Ghana at old age with a young girlfriend, the show’s host asked him if marriage was in the picture and he replied “marriage bawo?” (meaning “what marriage?”)

He continued to say that he had no plans to get married except all the women that have ever been in his life agree to marry him at the same time.

In addition to the marriage banter, he confirmed the signing of Terri and Spotless to Starboy, with promises of the soon to be released video of Soco and more hits from the label’s stable.

Somewhere along the conversation, he confessed his phobia for dogs and also gave updates on his pet goat whose pen is currently being built at his backyard.

Many have referred to Wizkid as Fela’s reincarnate but with this new information on women, Wizkid might well be on his way to outdo Fela in that department.

See a video of him in the studio… 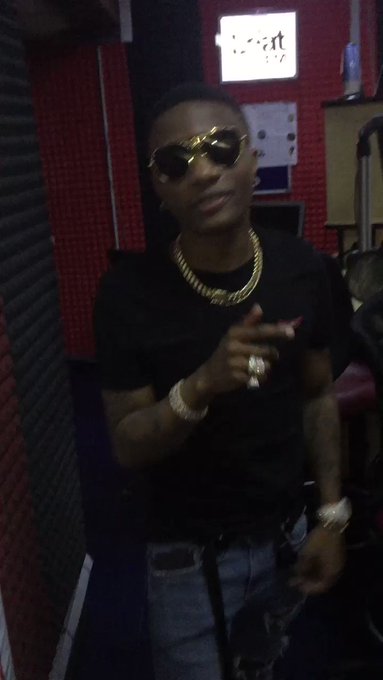 All I see is bling !!! Tune in at 7.15PM tonight ! @wizkidayo will be speaking to me about EVERYTHING !!! pic.twitter.com/S6WrhvcK55

SEE ALSO  Serena Williams Says She May Retire From Tennis If She Has Another Baby
Continue Reading
Advertisement
Loading...
You may also like...
Related Topics:celebrity, Wizkid